Run Away With Me
Stefre Roland

Sunnery James & Ryan Marciano continue their ascent to the top. Having perfected their craft, the guys continuously push boundaries while honing in on their signature sexy tribal sound. With hair flopping and body rockin’, Sunnery and Ryan’s DJ sets have become the stuff of legends. Undeniably so, the duo convey passion to the dance floor in a way very few artists can. See them one time and you will understand.

Making stops around the world, from top notch clubs to the world’s largest music festivals, Sunnery James & Ryan Marciano have seen it all. With a residency in world-renowned club Hakkasan in entertainment Mecca Las Vegas and their Essential Mix on the highly popular radio station BBC Radio 1, 2015 is starting off big.

Recent noteworthy releases include ‘Red Moon’, of which Dancing Astronaut stated “was created by artists who understand the basics of dance music;” and ‘Salute’ which charted at #4 and was heralded by the biggest names in dance music. Sunnery and Ryan also released their long awaited hit ‘Come Follow’ in February. The song first debuted during the Spinnin’ Records Festival Mix in July, and although it showed their softer side, it’s proven to be a crowd favorite. But it’s not just recent work that set these guys apart from the rest. Back in September of 2013, they released the track ’S.O.T.U’ in collaboration with Nicky Romero featuring vocals from Fast Eddie. This track immediately turned out to be a major crowd-pleaser and continues to do so!

It is for all these reasons, amongst many more, that Sunnery James & Ryan Marciano have risen to such internationally renowned fame. The thing about great artists is that they don’t need words on paper hyping their sound because the only thing that matters is how they make you feel when they play.

After a chance meeting in 2006 in the clothing store where Sunnery worked, and where Ryan applied for an internship, they noticed a lot of similar interests and started working on some music together. Sunnery James & Ryan Marciano quickly ascended into the upper echelon of dance music producers with the release of monster anthems like ‘Tribeca’ and their remake of Tiesto’s ‘Lethal Industry’. Fans and tastemakers all have supported each Sunnery and Ryan release with the latter track being a weapon of choice for Armin van Buuren, Sander van Doorn, David Guetta and the list goes on and on. Even the don of EDM, Pete Tong made ‘Lethal Industry’ his ‘Essential Selection’ not once, but twice! Steve Angello scooped up their tune ‘Markuzza’ (along with ‘Traffic’ and ‘Snitch’) for his Size Records imprint realizing early on what a masterpiece it was.

The duo’s soar to fame has allowed them to pursue other interest including opening their own restaurant ‘W36’ in Amsterdam with the motto: “Mixing flavors like music”.

In March of 2014, these two hosted their first solo show ‘Sexy by Nature’ in Amsterdam’s Heineken Music Hall. This party started in Ibiza, where the two created the concept with ALDA Events. During their club nights in Ibiza they offered an elegant and seductive evening. Now it was time for a bigger venue and crowd with more Sunnery and Ryan.

2015 is the year in which this dynamic duo host their first full weekend edition of ‘Sexy by Nature’ show. The event took place over the Easter weekend and consisted of one event held in Amsterdam on Saturday and one held in Rotterdam the day after. This Easter edition of ‘Sexy by Nature’ is just the start of a lot of epic shows to come. With stops at locations like NYC, Miami, Ibiza and a residency in Hakkasan Las Vegas, this is going to be one hell of a ride. ‘Sexy by Nature’s’ radio show will be broadcasted on multiple worldwide broadcasting stations, such as SLAM!FM in the Netherlands and SiriusXM in the United States.
Вы можете поддержать Sunnery James & Ryan Marciano и других музыкантов в Топе диджеев!
Рекомендуем 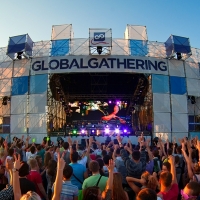